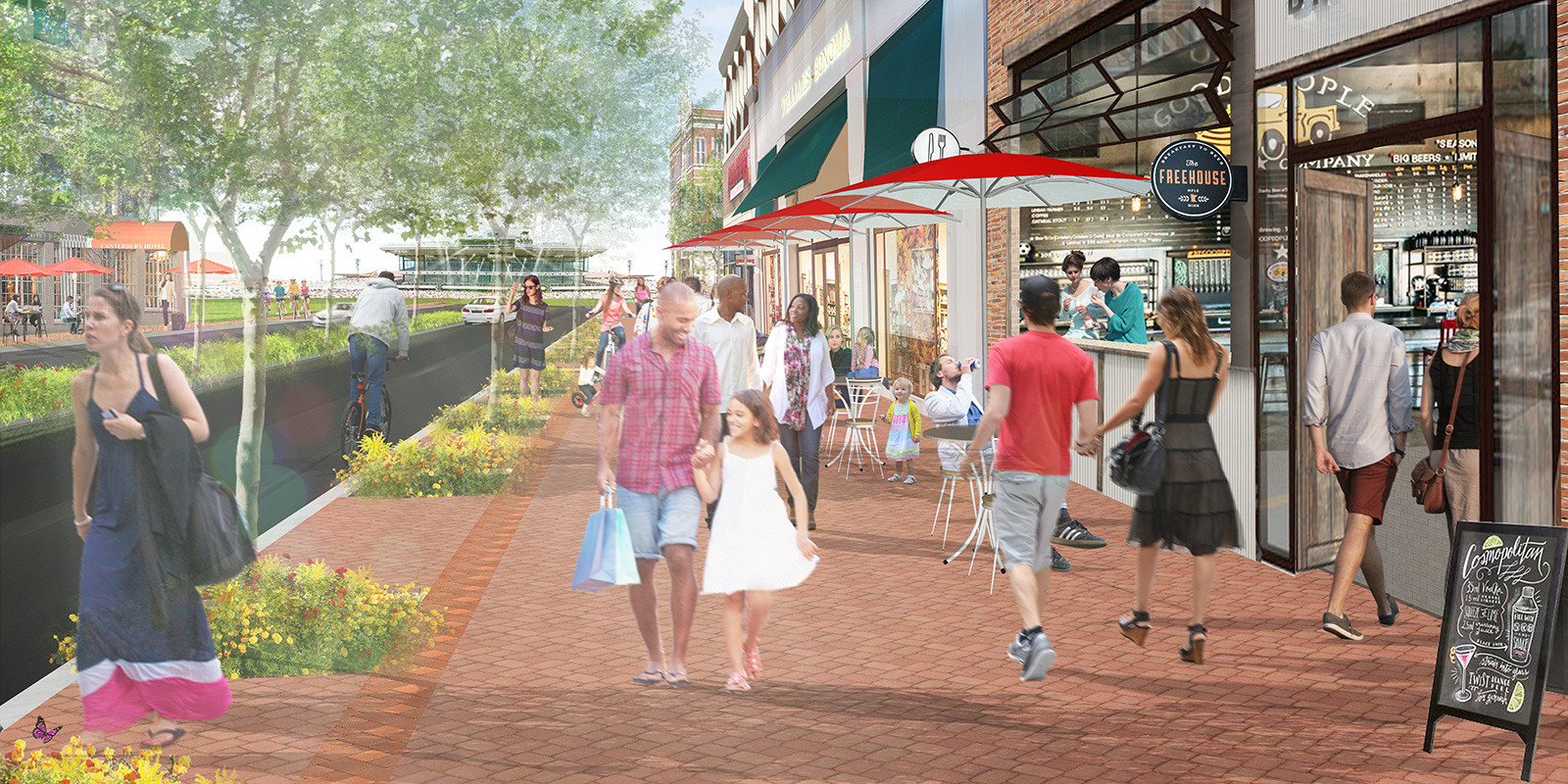 Shakopee, Minn.  —  Construction of Canterbury Commons, a multi-use redevelopment proposed for a portion of Canterbury Park’s underutilized property, is expected to begin this fall following Shakopee City Council approval of a Contract For Private Redevelopment between the City, the Economic Development Authority, and Canterbury Park at Wednesday’s council meeting. The City Council’s decision completed the authorization process for approximately $33 million of tax increment financing that will fund new roads and other public infrastructure for Canterbury Commons.

“I am very excited that the Canterbury Commons redevelopment will soon be underway,” Canterbury Park President and CEO Randy Sampson said. “Canterbury Commons will create new and in-demand housing options and high-wage employment opportunities in Shakopee, as well as additional dining and entertainment venues, while improving traffic flow in the area.   I am thankful to Shakopee city staff and the council for their diligent and thoughtful review of our Canterbury Commons proposal over the last several months and their vote of confidence in the benefits this project will bring to Shakopee and the region.”

Phase One of the redevelopment features a $100 million multi-family residential complex, expected to be leasing later next year. The initial phase is expected to also include upscale townhomes, an office/business park, as well as 55+ housing and neighborhood retail stores. The lead developer of the residential complex will be Doran Companies of Bloomington. In March of 2018 Shakopee City Council voted to approve a TIF District, making the project possible.

“The Canterbury Commons project is a huge win for our community, addressing several key concerns of businesses and residents alike, housing being a primary one,” Shakopee Chamber President Angie Whitcomb said.  “We should all be proud that our city and our business community worked together so well to move our community forward.”

Future phase concepts of Canterbury Commons include first-in-market restaurant and ‘eat’ertainment options, themed-hotels such as a water park, an indoor/outdoor plaza with year-round entertainment, specialty retail, and a premier gateway development.