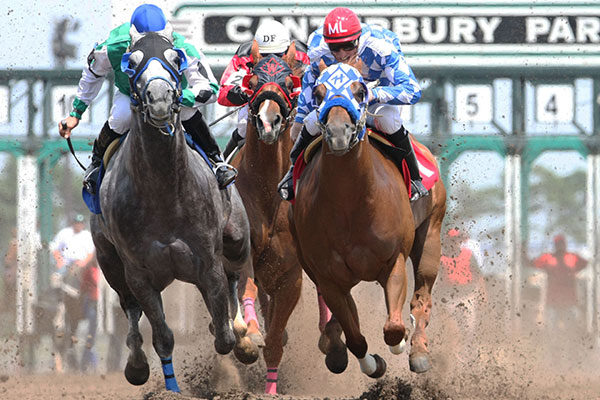 Thoroughbred racehorses are amazing athletes. But when their days on the track are over, most of their lives are still ahead of them. Some retired Thoroughbreds go on to become dressage horses or the equine members of the mounted Police or therapy animals for special needs children. To learn more about the many options for Thoroughbreds when their racing days are over, go to the website for the Thoroughbred Aftercare Alliance. http://www.thoroughbredaftercare.org/

An old-fashioned sort of veterinarian

He is remindful of the way medicine was once practiced, when house calls were a way of life, when the practitioners of the science had a neighborly bedside manner and enjoyed visiting as much as doctoring. Above all, when the care and treatment of the patient went beyond the dictates of the bottom line and the corporate intrusions on time and attention to detail.

There is a price to be paid for such dedication to duty, however, and it’s typically expressed with a question from one of his colleagues: “Have you seen Bowman?”

The answer usually can be found by locating the barn sending the tempting scent of fresh bakery into the surrounding atmosphere. Someone made a cake to accompany the morning coffee and has the good Doc’s ear, if, in fact, he doesn’t have theirs.

“We sometimes have to think about sending out a search party,” said Dr. Lynn Hovda.

The lost party, of course, is Dr. Dick Bowman, the long-time state veterinarian and equine dentist at Canterbury Park, who for many years has provided a refuge for the unwanted and displaced horses of the Minnesota racing world and beyond. The Middle Ages had their Francis of Assisi. Canterbury Park has its Richard of  North Dakota.

Dick Bowman has saved hundreds of horses from a dismal life if not a dreadful demise once their racing careers have ended, hauling them 600 miles to his North Dakota ranch, then tending to their infirmities, fixing their teeth, feeding them and generally restoring them to the good health necessary to live out the remainder of their lives, quite often right there in rural Bowman, and all too often at his own expense.

“He is a person who has a lot of trouble saying no,” Hovda added. “Here’s the deal with Dick. He never says no and he doesn’t grumble about it. Doesn’t matter if the horse can barely stand on three legs or is a 25-year-old broodmare that just needs a home for its last days.”

There is a difference, Hovda noted, between individuals who have trouble saying no and then complain about their own acquiescence. Dick Bowman doesn’t say no because that is what he intends. He very simply wants to help animals in need, because he cares about them.

At any given time, there are 50 to 60 horses located at his Second Chance Ranch, at one time as many as 80, all waiting for someone to adopt them, perhaps after seeing them on the Facebook program on which they can be found.

Bowman often gets repaid with the simple recognition the animals provide. “When they first get to the ranch they want to be left alone. They don’t want anything to do with people for a while,” he said. “You can’t even walk up to them. Eventually they come looking for us, wanting to be petted, wanting some contact with humans.”

There are other special occasions that can accompany only a true appreciation for horses, when the herd en masse, for example, heads to quench its thirst. “There’s nothing more exciting to hear than a herd of horses running up to the corral for water,” Bowman said. “You’d think it was a herd of buffalo. They sound like thunder. Sometimes they’ll simply come running up to say hello.”

Canterbury Park and the HBPA have provided financial assistance to Bowman’s adoption and relocation program since it was started, “tons of money” according to Bowman.

Yet, expenses go on and on for horses, for dental care, for inoculations and for food, always for food. “I shudder to think how much grass and hay they go through,” Bowman added. “A horse will eat almost continuously if allowed to.”

Yet, Bowman persists, working his cattle ranch in North Dakota when time allows, letting his son or brother oversee the hired help in other instances, as he does while he spends the meet in Shakopee, working alongside Hovda and Dr. Christy Klatt and hauling horses no longer useful for racing to North Dakota.

The transmission in his truck recently went out, so Bowman had to hire help to take a load of six horses to his ranch, a job that, including the $300 in fuel needed for the trip, ran about $1,800. “Caring for horses isn’t cheap,” Bowman added. “The University of Montana farrier school comes out (to the ranch) every six weeks or so, and that can run $1,500. It’s another $1,000 to vaccinate them.”

Donations help and adoption does, too, but there is seldom enough in either case. The best case for a former racehorse is a new line of work as a pleasure horse or jumper with a responsible owner.

Bowman had an equine dental practice involving clients in six states for 17 years, traveling 60,000 miles a year caring for the teeth of horses in Minnesota, North Dakota, South Dakota, Iowa, Wisconsin, Colorado, Kansas, Nebraska and even in Wyoming one year. He sold the practice a few years ago, allowing himself more time to devote to his cattle ranch, the horse adoption program and his duties at Canterbury Park during the live racing meet. “It’s never been a thing that made me money,” he said. “But it’s probably the most fulfilling thing I’ve done in life.”

Bowman went to work out of veterinarian school at several tracks in Florida, which is where he met Camille McArdle, an early vet at Canterbury and currently a member of the Minnesota Racing Commission. He moved onto the backside at Canterbury in 1986 and was a fixture until the track closed after the 1992 meet. He returned sometime after the track reopened in 1995.

Bowman’s outgoing, friendly demeanor has made him a favorite around the stables in Shakopee as well as in the test barn among the numerous young aspiring veterinarians. “I don’t think there’s been a wedding or a party involving someone in the test barn that he hasn’t been invited to,” said  Hovda.

There are hundreds of horses on the grounds at Canterbury and at the Second Chance Ranch in North Dakota with similar sentiments…in an equine sort of way. 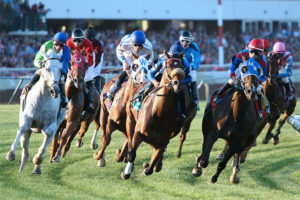 Stormin Hot is a 2009 Ontario-bred gelding who began his racing career in Canada and ended it in the U.S. He raced the majority of his races at Fort Erie Race Track with his maiden start coming at Woodbine and his last few taking him to Charles Town Races. After his last start, the dark bay gelding was donated to Thoroughbred Placement Resources. He had racked up record which included three wins from 17 starts.

“Bene” flourished in the TPR retraining program and even began competing in horse trials before being adopted by Erin F. “He is Erin’s first horse and a dream come true,” says Kimberly Clark, Executive Director of TPR. Erin’s father discovered TPR while on a business trip and followed up with a visit to one of their farms with his daughter. “It was love at first sight for Erin and Bene.” Erin had saved up her own money to pay for her new horse and changed his show name to “My Benediction.” The pair now enjoying both showing and just hanging out together, including spending quality time with Erin’s entire family. Erin states, “Having Bene has been a blessing, hence the name My Benediction. I’ve learned so many new things… He has made me a better rider, and I learn more about him every day, like the fact that he hates peanut butter sandwiches, and loves Pop-Tarts!” 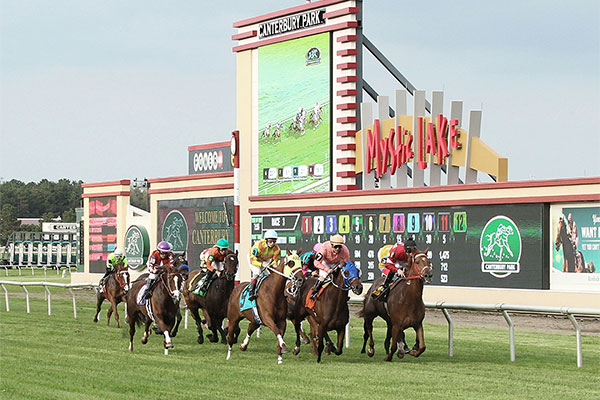 Sweet and chocolate brown in color, Bon Bon matches her name perfectly. The 2006 Florida-bred mare was a favorite of the Niall Brennan Stable racehorse training program and they were more than happy to have her back when she retired from racing. Bon Bon raced 62 times, mostly in Florida, and retired with six wins to her name. Upon retirement, she was sent by her trainer to Final Furlong Horse Retirement, the aftercare program set up by Niall Brennan Stable.

Bon Bon had received great flatwork experience in her early training days and continued on the eventing track after retiring from racing. She quickly picked up her new career and did not take long to be adopted. Alice B. has found a great eventing partner, along with a companion for camping trips. She has nothing but great things to say about Bon Bon, stating “She is gentle, kind, brave, and truly loves her new life.”